The Serpent and the Pearl: A Novel of Borgias

Home > Books > The Serpent and the Pearl: A Novel of Borgias 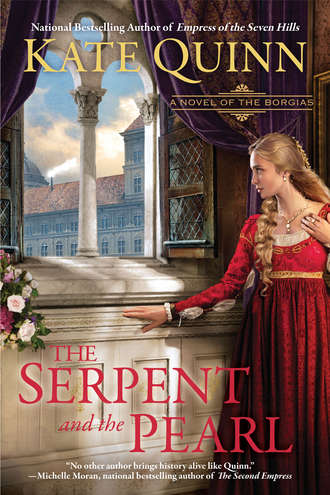 One powerful family holds a city, a faith, and a woman in its grasp.

One powerful family holds a city, a faith, and a woman in its grasp—from the national bestselling author of Daughters of Rome and Mistress of Rome.

Rome, 1492. The Holy City is drenched with blood and teeming with secrets. A pope lies dying and the throne of God is left vacant, a prize awarded only to the most virtuous—or the most ruthless. The Borgia family begins its legendary rise, chronicled by an innocent girl who finds herself drawn into their dangerous web…

Vivacious Giulia Farnese has floor-length golden hair and the world at her feet: beauty, wealth, and a handsome young husband. But she is stunned to discover that her glittering marriage is a sham, and she is to be given as a concubine to the ruthless, charismatic Cardinal Borgia: Spaniard, sensualist, candidate for Pope—and passionately in love with her.

Two trusted companions will follow her into the Pope’s shadowy harem: Leonello, a cynical bodyguard bent on bloody revenge against a mysterious killer, and Carmelina, a fiery cook with a past full of secrets. But as corruption thickens in the Vatican and the enemies begin to circle, Giulia and her friends will need all their wits to survive in the world of the Borgias.

Other Books in "The Borgia Chronicles" 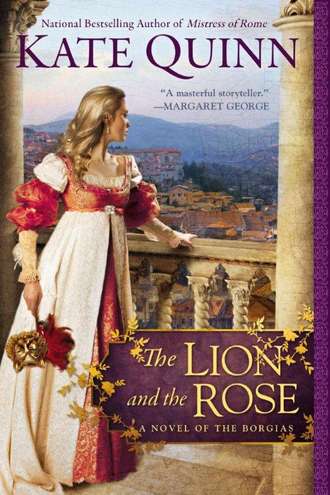 The Lion and the Rose: A Novel of Borgias
Look Inside
Disclosure of Material Connection: Some of the links in the page above are "affiliate links." This means if you click on the link and purchase the item, I will receive an affiliate commission. I am disclosing this in accordance with the Federal Trade Commission's 16 CFR, Part 255: "Guides Concerning the Use of Endorsements and Testimonials in Advertising."
Recent Posts
Archives
Tags
a christmas carol aurelia Ben Kane bernard cornwell blog tour character q&a Christmas conference conference recaps copyediting daughters of rome Eliza Knight empress of the seven hills heather webb historical novel society historical novel society conference hns inn at the crossroads island vittles lady of the eternal city little white apron lost past remembered Memorial Day mistress of rome movie cast movie casting nova roma outlander kitchen Q&A release day research Rome russell whitfield sja turney Stephanie Dray stephanie thornton taking on magazines the alice network the huntress the lion and the rose the serpent and the pearl the three fates top ten list Valentine's Day writing advice