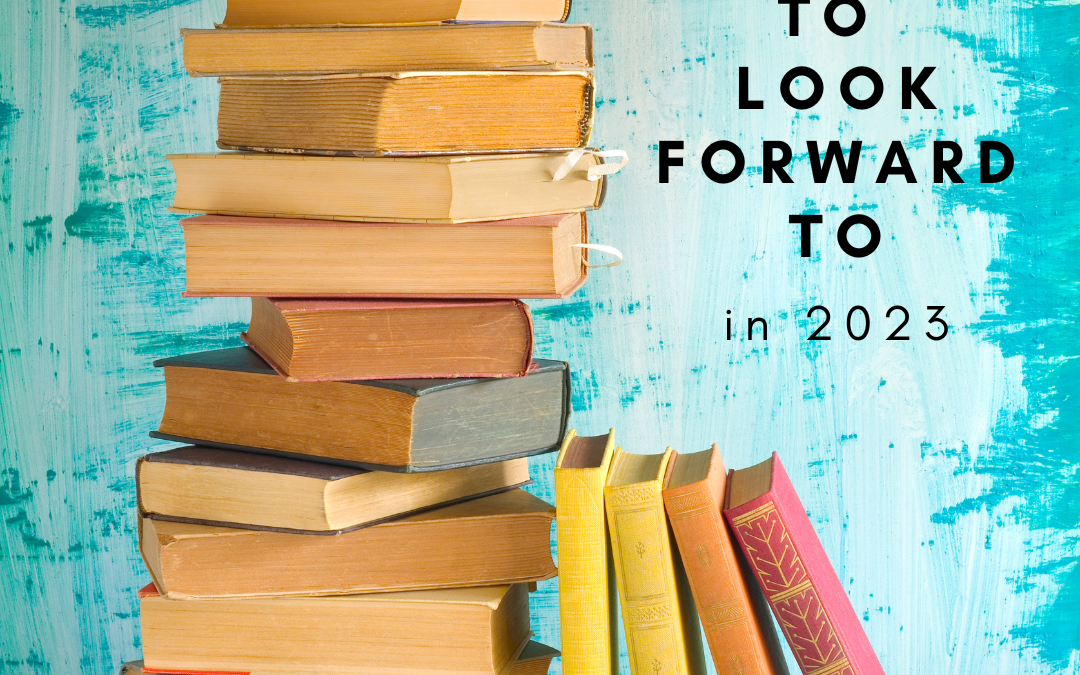 Every December, I have great fun compiling a list of the best books I read that year, and just who you might enjoy buying them for on your holiday gift-list. For that reason, I limit myself to books that are released and available for purchase. But one of the perks of my job is that I read a huge number of not-yet-released books for cover quotes, and I hate leaving the ones that haven’t released yet off my yearly Best Books list simply because people won’t be able to buy them in stores in December.

So January seems like an excellent time for another kind of list: books I read and cover-quoted last year (and ok, a couple I cover quoted at the veeeeeeery beginning of this year) which I can whole-heartedly recommend now that they’re coming out. This list will take you all the way through June–and believe me, you’ll want to pre-order everything here! 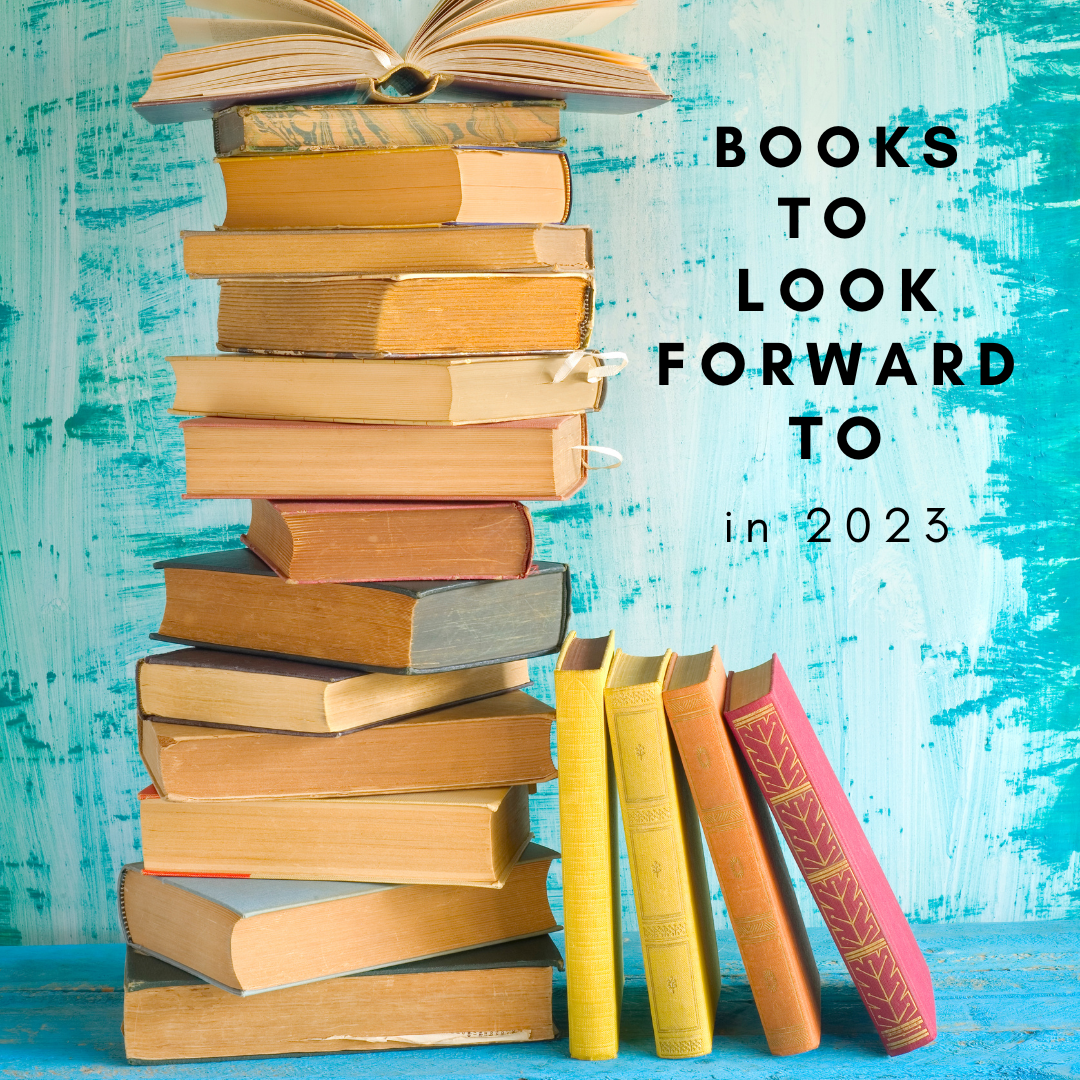 Espionage, fashion, and a broken-but-unbowed heroine are braided together here into one fascinating tale. American ex-spy Alix returns to Paris in 1947, determined to build a new life for herself from the postwar rubble, and finds herself embroiled in the launch of Dior’s mesmerizing New Look fashion line…but among the bolts of silk and Ritz cocktails, an old enemy lies in wait. Alix must reach back into her wartime past to trap her enemy, hoping it is not too late to build a new future. This book has already released, so you can order it now!

This powerful debut tells the story of Rachel, an enslaved woman who has spent her life tied to the brutal fields of a sugar plantation. When the Emancipation Act of 1834 confers a degree of liberty, Rachel goes on the hunt from Barbados to British Guiana to Trinidad, searching for the five surviving sons and daughters sold away from her arms years ago. What follows is an extraordinary odyssey of pain, love, and homecoming, as Rachel searches not only for her children but for her own past, her own independence, and her own soul. Releases January 31 (US).

We’ve heard of Oskar Schindler, but what about the Chinese diplomat who single-handedly saved thousands of Jews in WWII Vienna? Quiet, scholarly Ho Fengshan has just been made consul general in Vienna, preoccupied with his troubled American wife Grace, and disquieted by the new anti-Semitic laws sweeping Austria. Grace’s friendship with Jewish musician Lola forces both Fengshan and his wife to the breaking point: How much can one sacrifice to save innocent lives? An unforgettable tale of quiet heroism and blazing defiance in the face of evil, releasing February 1.

4. THE HOUSE OF EVE by Sadeqa Johnson

A luminous, moving read that deftly contrasts two historical heroines to great effect: high school student Ruby, smart as a whip and hoping to be the first woman of her family to attend college, and country girl Eleanor, struggling to meet the high social standards of her wealthy Black in-laws. Their lives entwine in startling ways as they are faced with hard choices about their respective futures. Releases February 7.

5. THE PORCELAIN MOON by Janie Chang (my co-author for THE PHOENIX CROWN! You definitely want this one!)

East meets West in the trenches of World War I France, where the Chinese Labour Corps struggles to support Allied Forces amidst the carnage. Young Pauline Deng abandons her Parisian antiques shop for the front to find her cousin Theo, needing his help to avoid an unwanted marriage–but instead finds him embroiled in a dangerous romance with a desperate young Frenchwoman. Releasing February 21.

6. TIME’S UNDOING by Cheryl A. Head

A novel both timeless and timely, exploring the complicated connections between a young Black journalist embroiled in the Black Lives Matter movement who decides to investigate a long-standing family mystery: the unsolved murder of her great-grandfather in segregated Alabama decades ago. The author writes a sensitive and searing tale based on personal family history, sure to linger long in the memory. Releases February 28.

In this powerhouse second installment of the matriarchal fantasy series THE FIVE QUEENDOMS, a young sorceress battles to control her newly-won realm, a tribe of amazons raise their banners in war, a young prince and a queen’s long-lost heiress begin a fraught romance, and a devious senator schemes under the eye of her goddesses. Not necessary to read the previous book, SCORPICA, but they’re both superb! ARCA releases March 7.

A sensitive, insightful debut in the story of Francesca, a turn-of-the-century orphan who escapes a brutal arranged marriage by donning breeches, taking the name Franco, and joining Venice’s male-only marionette theatre. Francesca blossoms into a new sense of self as Franco, finding love and purpose among the raucous puppeteers, but will everything be discovered when a dangerous plot embroils the theatre? A nuanced discussion of identity and gender roles wrapped in a riotous, rollicking adventure of a tale, releasing March 14.

9. ONCE WE WERE HOME by Jennifer Rosner

A book that examines, with delicacy and empathy, the aftermath of war on four displaced children: Ana, hidden with a Polish family during World War II but eagerly seizing the chance to reconnect with her heritage in the new state of Israel; her brother Oskar who cannot remember his Jewish parents and feels only as though he has been kidnapped; Roger who finds himself at the center of a legal tug-of-war between the church who shielded him and the family who want him back; and Renata, whose German childhood is an utter mystery to her. A timely read, releasing March 14.

Starts as an exhilarating trans-continental thrill ride and ends as a poignant plea for peace and understanding in the teeth of war. British aviatrix Stella North thinks she knows what she’s getting into when she is selected as the only female pilot in Europe’s 1938 air race for young people–but as she navigates from banquets to airdromes, earth to sky, Britain to Venice, she faces the truth: someone is trying to subvert the race’s aim of promoting peace between nations, and pick off the pilots. Elizabeth Wein writes a top-flying adventure, releasing March 14.

11. THE PERFUMIST OF PARIS by Alka Joshi

A stunning portrait of a woman blossoming into her full power. Perfumist Radha, born in India but now living in Paris with a French husband, struggles to balance her blooming career, her two daughters, her suddenly-strained marriage, and her long-buried secrets–including the son she gave up as a teenaged mother in Jaipur, who is now coming to France to find her. Powerful and evocative as the attars from Radha’s perfume lab, evoking India and France with equal beauty, releasing March 28.

Nineteenth-century Sicily springs to vivid, unforgettable life in this passionate epic of the Mafia‘s origins among the fragrant lemon groves of Palermo. A kidnapped child confined to a madhouse, a castoff wife raising her daughter in the wild, an upright lawyer on a crusade for justice, and twin brothers determined to rise to power—their lives entwine across Lisa Scottoline’s gorgeous tapestry of Sicilian history. Releasing March 28.

A sensitive, introspective examination of post-war Britain and the way its damaged citizens piece their lives together: a harried hotelier struggling to save her family home, a half-Indian war hero turned artist, a Jewish photographer and Holocaust survivor haunted by past losses. All three find hope and opportunity in the imminent crowning of their new queen, whose coronation will change their lives forever. Releases April 4.

14. THE PARIS DECEPTION by Bryn Turnbull

Two desperate women–one a runaway painter hell-bent on escaping the defunct champagne house of her upbringing, the other a wallflower art restorer at a Parisian museum–cook up an audacious scheme as the Nazis take over France: smuggle “degenerate” modern art destined for a bonfire out of the city, and substitute forgeries in its place. Bryn Turnbull’s best book yet, releasing May 30.

15. GIRLS AND THEIR HORSES by Eliza Jane Brazier

A wickedly delicious deep-dive into the world of horse-crazy girls, whiskey-soaked barn parties, and high octane show-jumping circuits. Newly rich Heather Parker is desperate to give her daughters everything she never had—social acceptance, six-figure thoroughbreds, and a spotlight among the local horse-owning elite. But the cutthroat competition turns lethal when a corpse turns up at the summer show, and both mother and daughters must wrestle with what’s truly important. Releases June 6.

16. THE PARIS DAUGHTER by Kristin Harmel

A gorgeous, gut-wrenching tale of mothers and daughters, war and survival, peace and guilt. Two young mothers are drawn together at a Paris bookshop, growing close as their baby girls become friends–but that bond will be stretched across decades and continents as impending danger forces one mother into an unthinkable choice. Releases June 6.

17. THE SPECTACULAR by Fiona Davis

18. MUCH ADO ABOUT NADA by Uzma Jalaluddin

A pair of stubborn ex-lovers are embroiled in a Jane Austen mess a la PERSUASION: frustrated tech engineer Nada is tired of her job, her mother’s matchmaking, and living at home with her parents; the last thing she needs is a run-in with her former boyfriend Baz at the local Muslim conference in Toronto. Nada and Baz’s past won’t stop tripping them up—is it possible they still have a future? Warm, witty, and utterly charming, releasing June 13.