How Authors Become Friends, and Why You Should Buy Stephanie Dray’s “Daughters of the Nile”

I always face a bit of a dilemma whenever an author friend’s book is released. On the one hand, I want to pimp the hell out of their book because I want it to do well. On the other hand, I know that if I do that, there’s a decent chance people won’t believe me when I say “This book is awesome!” because “She’s just saying that because her friend wrote it.”

My friend Stephanie Dray has a book out today called “Daughters of the Nile,” and yes, I’m going to pimp the hell out of it. And in the interests of full disclosure, you get the full story of this author friendship so that you understand why I am telling you to buy this book, and why I am not just saying that because she’s my friend.

Stephanie and I are both Berkley Books authors, but we lived on opposite sides of the country and had never met. She had a book about Cleopatra’s daughter coming out, called “Lily of the Nile” – and she’d apparently read and enjoyed my book “Mistress of Rome,” so she asked her editor if I might consider reading “Lily” for a cover quote. My editor asked me (the deadline was tight), I said “Sure, I read fast, send it over.” And the book apparently vanished in a puff of smoke from the Berkley mail-stream, disappeared into the ether, and reappeared forty-eight hours later in exactly the same place, faintly singed and smelling of brimstone and definitely NOT in my hands. By then it was too late for a cover quote, even if they’d re-mailed it. So I didn’t blurb “Lily of the Nile,” and Stephanie was merely told “Yeah, the quote’s not happening.” She later told me she plunged into a gloomy “Kate Quinn hates my book!” funk, and ate a pint of gelato for dinner.

But I read “Lily of the Nile” when it hit the shelves, and I liked it. The heroine was smart, and I love a smart heroine. She was just a teenager, but this was no YA chick moping about her love triangle; Stephanie had made Selene the survivor’s-guilt-ridden heir to the complicated legacy of Cleopatra and Mark Antony: bitter, damaged, ambitious, devious, and proud. I liked that even better. So I dropped Stephanie an email about how much I’d enjoyed the book, and told the story of the post-office snafu, and she jumped on that and asked if I might blurb the second Selene book. I read “Song of the Nile,” and I liked it even better. Selene had grown up into a vengeful, passionate, seductive, scheming priestess-queen, and if that weren’t enough, she had the world’s creepiest love-hate relationship with Emperor Augustus (who “I, Claudius” fans will have a VERY hard time identifying as affable Brian Blessed from the mini-series). So I was happy to write a cover quote for “Song of the Nile,” and when the hubby and I moved out to Maryland a year or so later—Stephanie’s state of residence—she took me out for a thank-you lunch.

Authors are always a little nervous on meeting each other in person. “I liked your books so much—what if I don’t like you?” Or “I like you a lot, but I’ve tried your books and I just hate them . . . what do I say?” So Stephanie and I eyed each other over the napkins at an Indian restaurant with a certain unease at first, but that wore off fast. Because we’d both read and genuinely enjoyed each other’s books before either meeting in person or ever needing a favor like a cover quote out of each other, and that’s a good place to start. Soon enough we were gabbing it up about Isis worship, Emperor Augustus, Latin profanity, Bernard Cornwell, crazy Amazon reviews, and everything else under the sun. Lunch turned into coffee turned into a Barnes & Noble run, and it was the start of a beautiful friendship. (Stephanie blogged her own version of our meeting here, and I will state for the record that I don’t drive that fast, and we were nowhere near being arrested, and I said the exact same thing to the cops.)

Fast-forward a couple of years, and Stephanie is now one of the best author friends I’ve got. We get together on book launch days, and forcibly stop each other from checking our Amazon Sales Rankings. We’ve complained about sales trends, crazy hate-mail, and headless-heroine covers. We missed a plane flight at 1am, coming back from the Historical Novel Society conference, and like a pair of Roman empresses we planned evisceration and crucifixion for the hapless cretins of United Airways who caused the screw-up. We’ve bitched about one-star reviews. We have a running joke about hippos that never gets old.

I was there at Ground Zero when Stephanie wrote “Daughters of the Nile,” the concluding book to her trilogy about Cleopatra Selene. I talked her off a ledge when she was convinced she couldn’t write a metaphor anymore. I commiserated about an early version of her cover, which we called “Troll of the Nile” because Selene looked like a hunchback. I beta-read her rough draft: “This scene in the reeds is swoon-worthy! But your epilogue needs work; what about this . . .”

“Daughters of the Nile” is out in stores today, and I feel like a proud auntie. I want to see which of those three different endings Stephanie put in (I voted for Version #2, when the panicked “Which of these is the best???” email went out 12 hours before deadline). I’ve read this book in rough-draft form, and even without the final polishing it’s since received, I can tell you it’s dark, mesmerizing historical fiction: the final gut-wrenching act in the twisted car-wreck of a relationship between Selene and her mentor-suitor-madman Emperor Augustus. There’s tragedy to punch you in the gut, and tenderness to make you cry, and moments that will just plain prickle your hair. I’m taking Stephanie out to lunch today, and after lunch we’re heading to B&N so I can buy my copy of “Daughters of the Nile.”

And I tell you with zero fake “I’m supporting my friend” enthusiasm that you should buy it, too.

After years of abuse as the emperor’s captive in Rome, Cleopatra Selene has found a safe harbor. No longer the pitiful orphaned daughter of the despised Egyptian Whore, the twenty year old is now the most powerful queen in the empire, ruling over the kingdom of Mauretania—an exotic land of enchanting possibility where she intends to revive her dynasty. With her husband, King Juba II and the magic of Isis that is her birthright, Selene brings prosperity and peace to a kingdom thirsty for both. But when Augustus Caesar jealously demands that Selene’s children be given over to him to be fostered in Rome, she’s drawn back into the web of imperial plots and intrigues that she vowed to leave behind. Determined and resourceful, Selene must shield her loved ones from the emperor’s wrath, all while vying with ruthless rivals like King Herod. Can she find a way to overcome the threat to her marriage, her kingdom, her family, and her faith? Or will she be the last of her line?

“A stirring story of a proud, beautiful, intelligent woman whom a 21st century reader can empathize with. Dray’s crisp, lush prose brings Selene and her world to life.” ~RT Book Reviews

“The boldest, and most brilliant story arc Dray has penned…” ~Modge Podge Reviews

“If you love historical fiction and magical realism, these books are for you.” ~A Bookish Affair

Read an Excerpt
Below me, six black Egyptian cobras dance on their tails, swaying. I watch their scaled hoods spread wide like the uraeus on the crown of Egypt. Even from this height, I’m paralyzed by the sight of the asps, their forked tongues flickering out between deadly fangs. I don’t notice that I’m gripping the balustrade until my knuckles have gone white, all my effort concentrated upon not swooning and falling to my death.

And I would swoon if I were not so filled with rage. Someone has arranged for this. Someone who knows what haunts me. Someone who wants to send me a message and make this occasion a moment of dread. My husband, the king must know it, for he calls down, “That’s enough. We’ve seen enough of the snake charmer!”

There is commotion below, some upset at having displeased us. Then Chryssa hisses, “Who could think it a good idea to honor the daughter of Cleopatra by coaxing asps from baskets of figs?”

The story the world tells of my mother’s suicide is that she cheated the emperor of his conquest by plunging her hand into a basket where a venomous serpent lay in wait. A legend only, some say, for the serpent was never found. But I was there. I brought her that basket. She was the one bitten but the poison lingers in my blood to this day. I can still remember the scent of figs in my nostrils, lush and sweet. The dark god Anubis was embroidered into the woven reeds of the basket, the weight of death heavy in my arms. I can still see my mother reach her hand into that basket, surrendering her life so that her children might go on without her. And I have gone on without her.

I have survived too much to be terrorized by the emperor’s agents or whoever else is responsible for this.

If it is a message, a warning from my enemies, I have already allowed them too much of a victory by showing any reaction at all. So I adopt as serene a mask as possible. My daughter blinks her big blue eyes, seeing past my facade. “Are you frightened, Mother? They cannot bite us from there. The snakes are very far away.”

I get my legs under me, bitterness on my tongue. “Oh, but they’re never far enough away.” 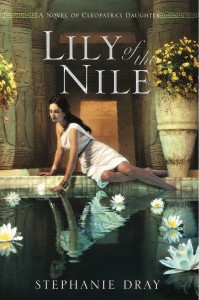 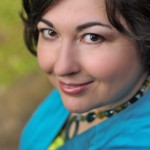 STEPHANIE DRAY is a bestselling, multi-published, award-winning author of historical women’s fiction and fantasy set in the ancient world. Her critically acclaimed historical series about Cleopatra’s daughter has been translated into more than six different languages, was nominated for a RITA Award and won the Golden Leaf. Her focus on Ptolemaic Egypt and Augustan Age Rome has given her a unique perspective on the consequences of Egypt’s ancient clash with Rome, both in terms of the still-extant tensions between East and West as well as the worldwide decline of female-oriented religion. Before she wrote novels, Stephanie was a lawyer, a game designer, and a teacher. Now she uses the transformative power of magic realism to illuminate the stories of women in history and inspire the young women of today. She remains fascinated by all things Roman or Egyptian and has-to the consternation of her devoted husband-collected a house full of cats and ancient artifacts.