In Memoriam: A Great Friend and Mentor 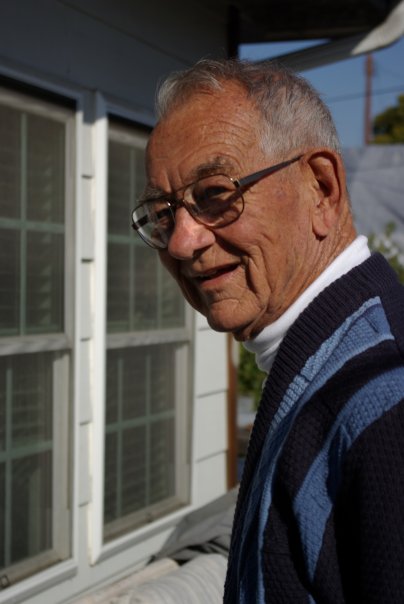 I lost a friend earlier this year. Conrad, a mainstay of my childhood, who I saw only intermittently after growing up and moving cross-country, but who was often in my thoughts. He’s one of the reasons I became a writer of historical fiction in the first place.

Conrad was a firm friend to my grandparents–an odd buddy for a little girl, generationally, but kindred spirits are found in the most unlikely places. His life was one of those colorful Jack London strings of unlikely adventures (degree in Biochemistry, worked for NASA, degree in geology, worked for teamster’s union, ran for Congress, lost due to over-honesty and tattoos). He was a lanky, raspy-voiced genius with eyes permanently crinkled in amusement at the foibles of mankind, and the hands of a concert pianist (often holding a cigarette; I’d have breathed in any amount of second-hand smoke to hear Conrad’s witticisms). He had a massive, arrogant intellect and a biting tongue; he was interested in everything, and had no patience with hypocrites and fools. He valued intelligence, and he didn’t care what package it came in. He was one of those rare adults who could talk to children without talking down to them–if he thought you were smart, he didn’t care if you were eight. Smart was smart.

That was the trait that endeared Conrad to me. When you’re in elementary school and your passion is the Tudors rather than My Little Pony, you don’t have too many people your own age to talk to. The other kids call you a weirdo because instead of joining the kickball game, you march off with the kickball under your arm pretending to be Margaret Roper retrieving Sir Thomas More’s head from the Tower of London. And adults aren’t that disposed to listen to you, either. Sure, they think it’s cute at first when a nine-year-old starts reeling off the key diplomacy points between Elizabeth I and Ambassador Mendoza, but after that? Sad to say, many adults get uncomfortable when a kid is knowledgeable. They think you’re showing off, or they just wish you’d go away and bore somebody else.

My parents were better than that: they got me “Kings and Queens of England” paper dolls instead of Barbies, and they listened to me yatter on about Greek mythology and Tudor history all I wanted. (And I did yatter; I was a dreadful little pedant.) But a kid always has the suspicion that their parents are predisposed to listen–they indulge you because they love you. Conrad was different. He looked down at me through a haze of cigarette smoke, listening to me chatter about the Field of the Cloth of Gold, and then he corrected calmly, “No, I think you’ll find in the Weir biography that that’s wrong. I’ll lend it to you.”

An adult who would listen to me–who would talk to me–who wouldn’t condescend to me! I bee-lined for Conrad every chance I could get, and the result was a string of memorable conversations. When he and my grandparents took me to the Greek Festival, I missed the folk dancing because Conrad and I were debating the pros and cons of the First versus the Second Triumvirates of Rome. On a camping trip in the mountains, everybody else toasted marshmallows and sang Kum Ba Yah around the fire, but we were too busy dissecting the various marriages of Henry VIII. (Oh, the bemused stares!) My interest in history exploded, and Conrad fostered it. For my eleventh birthday he gave me a college-level treatise on Tudor economics–I still have it, worn to tatters. When I told him my latest passion was the Hundred Years War, he pulled his hardback copy of Barbara Tuchman’s A Distant Mirror off the shelf at once and tossed it into my hands. We made an odd pair: a lanky middle-aged atheist covered in teamster tattoos, and a little blond girl who barely came up to his elbow, but our minds ran on the same track.

Conrad never bothered telling you he liked you–if he was talking to you at all, it was proof that he thought you were worth talking to. He never told you he was proud of you, either–he bragged you up to everybody else, instead. He never had to tell me that he thought of me as a kind of honorary great-niece, or that he was immensely proud when I ended up becoming a historical novelist. I knew he was proud. By encouraging my interest in history, talking with me instead of telling me I was weird or even worse, patting me on the head and telling me I was cute, he let me know it was ok to be a brain, to have arcane interests, to pursue those same interests into a career. Without that, I might never have ended up a historical novelist.

Conrad died suddenly at the beginning of this year: nearly eighty, acerbic as ever. At his funeral, as per his request, the congregation toasted his memory with shots of brandy. I shall miss him always. I wouldn’t put up a statue or a memorial for Conrad, even if I could–he’d hoot at the idea. Here’s a better legacy: Find those bright kids out there, the ones who can babble bright-eyed about the properties of black holes, or confess that they read Yeats instead of US Weekly. Encourage those kids. Tell them to ignore their classmates who call them weird, and to ignore their teachers who think they’re showing off. Just talk to them. Believe me, they’ll remember it.

Don’t rest in peace, Conrad. You’d find peace very boring. But I do hope you were wrong in your belief that there is no afterlife, because I’d love to sit next to you at another campfire, and have ourselves another long chat about the wives of Henry VIII.