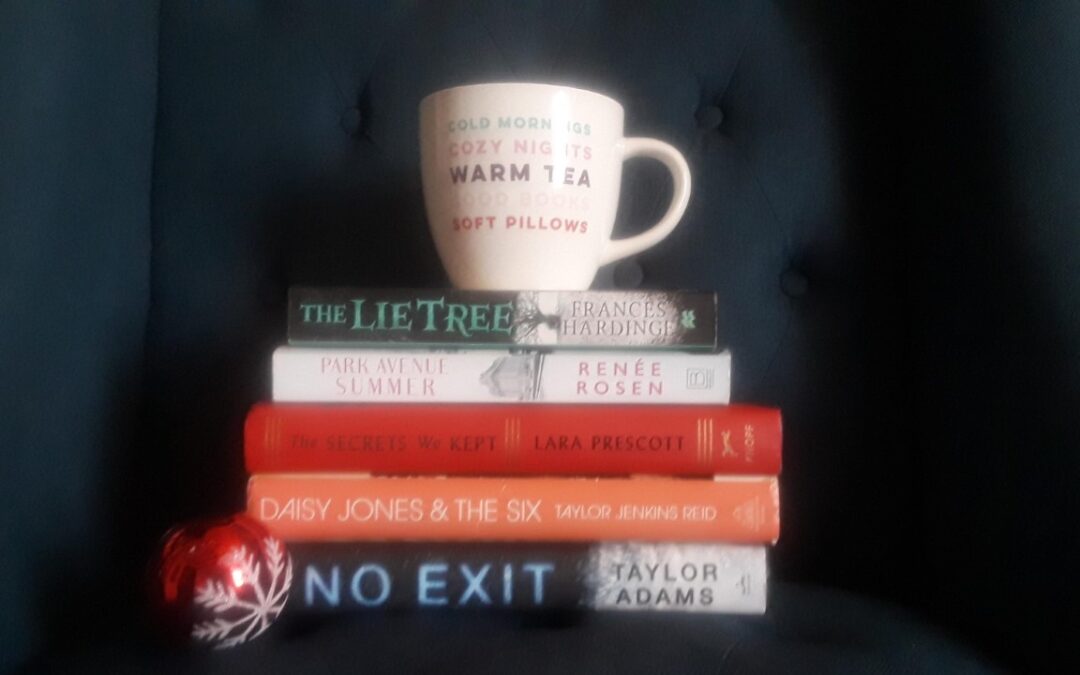 Nothing fits better in a Christmas stocking than a book. Here are my recommendations for your next shopping trip, eleven of the best books I read in 2019, though not all were published this year. Why 11 and not the usual 10? I didn’t want to leave any of these beauties off the list! Some were written by friends and colleagues, some by authors I only hope I can meet someday—but all were fabulous reads, and would make a great holiday gift for somebody in your life. I’ve even given you some help figuring out who… 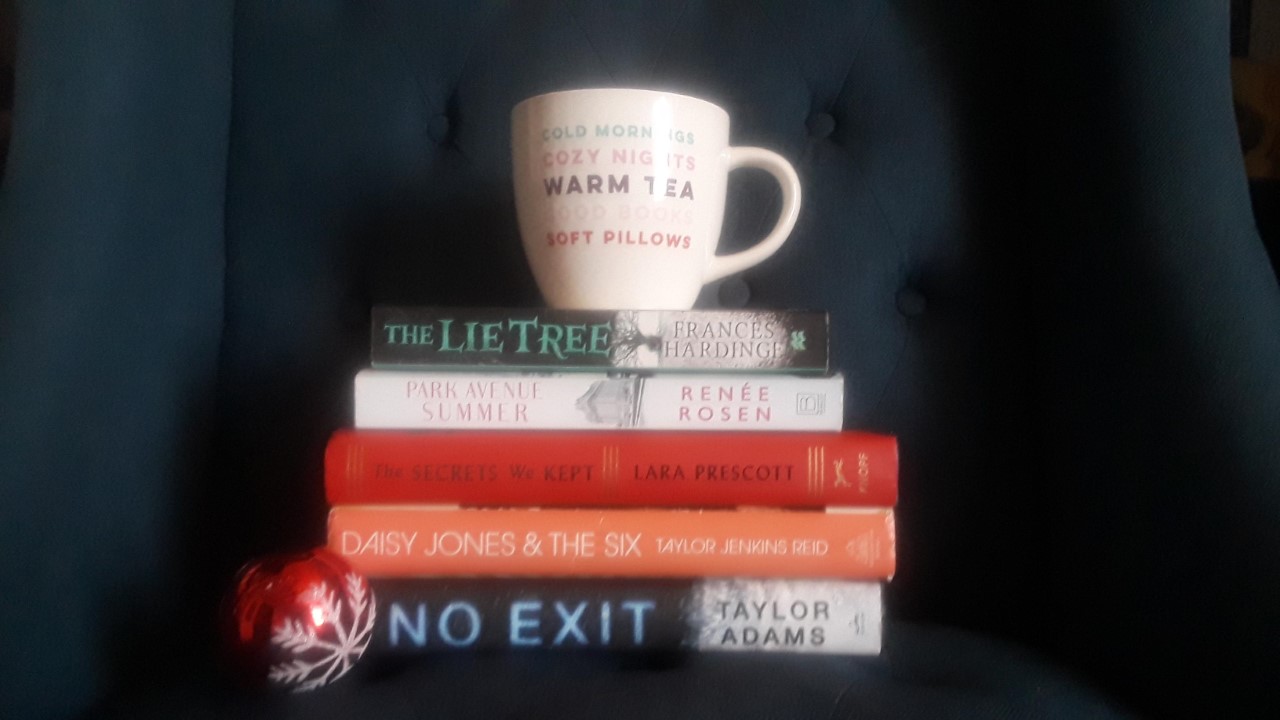 I couldn’t photograph the rest of these books, because I read them on my Kindle while traveling!

1. THE BUTTERFLY GIRL by Rene Denfeld

A woman’s search for a killer interweaves with a homeless girl’s struggle to survive in this beautiful, devastating novel of humanity’s lost and forgotten who can so easily fall through the cracks. Investigator heroine Naomi is something of a lost girl herself, lone escapee of a killer who has never been caught, and who may still hold Naomi’s never-escaped sister. That search leads Naomi to twelve-year-old Celia, savvy and cynical, dreaming of butterflies to escape the ugliness of her life on the streets. Fraught topics like child abuse, sexual molestation, homelessness, and murder are delicately handled, weaving a story both poignant and ultimately satisfying.

Buy for: Your retired social worker grandmother. The details here are real enough to invigorate memories of her old caseload, but the hopefulness of the ending will give her the smile she often didn’t have when dealing with real-life cases.

Everyone knows that the Munich peace conference of ’38 ended with Neville Chamberlain’s famous “Peace in our time”—an illusion all too soon shattered. But Robert Harris brings unbelievable tension to this well-known moment of history, as two old university friends face each other on opposite sides of the diplomatic table: a junior English diplomat fighting to buy his country enough time to arm for war, and a German patriot determined to bring Hitler down by any means necessary, and begging England’s help to do it. You know how this will end, but your heart will be in your throat anyway, as the two men join forces to bring about the impossible.

Buy for: Your dad, who’s tired of reading about young James Bond types. He’ll love these desperate young brainiacs trying to save the world with words rather than martial arts and gunfire.

Renee Rosen’s latest stars small-town girl Alice who arrives in New York in the glittering sixties and lands a job for Cosmopolitan‘s razor-sharp new editor Helen Gurley Brown, who sees in Alice the quintessential young career woman who is her new target audience. Alice dreams of becoming a photographer, Helen dreams of blazing a trail in the men’s club of the magazine world which is rooting for her to fail, and both women will lean on each other as they chase their ambitions. A delightful summer cocktail of a read.

4. CITY OF GIRLS by Elizabeth Gilbert

Another “girl comes to New York” story, this one set on the cusp of World War II. Bored, blue-blooded Vivian drops out of college and is shipped off to the Big Apple where her aunt runs a raucous, barely-hanging-on playhouse—a world of showgirls, nightclubs, sex, jazz, and fun into which Vivian flings herself headlong. Her joyous pursuit of life and all it has to offer is funny, maddening, tragic, uplifting, and always entertaining—there are more laugh-out-loud zingers in this book than I can count.

Along with the previous book, buy for: that young girl in your life (daughter, sister, niece) who’s heading off to a new state, a new job, or a new school. There are such lovely meditations in these books on ambition, sex, love, work—and above all, mistakes. Gilbert said she wanted to write a book about a girl whose life isn’t ruined when she makes a mistake—write that on the gift card when you wrap these books up for your young woman, who is undoubtedly headed for some missteps of her own.

5. THE LIE TREE by Frances Hardinge

A gothic YA with a touch of the fantastic. Fourteen-year-old Faith struggles to fit the mold of obedient daughter demanded by her harsh, exacting father, but everything changes when a mysterious scandal forces the family to relocate. Faith, searching for answers in her father’s increasingly erratic behavior, discovers a curious miniature tree hidden among his scientific specimens…a tree that apparently grows on whispered lies, and bears fruits of astonishing truth. The 19th century struggle to find belief somewhere between emerging scientific theory and religious dogma is no less important here than a girl’s struggle to find her own worth in a time that values her virtue over her intelligence. Just magical.

Buy for: That smart kid you used to babysit, who has already powered through all of Harry Potter, Percy Jackson, and the Hunger Games. Expect a long fired-up discussion on female roles, parental relationships, and Darwin vs. God.

6. THE SECRETS WE KEPT by Lara Prescott

Two gripping narratives unfold in the pressure-cooker of the Cold War: passionate, courageous Olga who stands in the shadow of Soviet author Boris Pasternak yet inspires him to write a heroine for the ages, and the cynical, equally-overshadowed women of the CIA who help bring Pasternak’s masterpiece “Dr. Zhivago” to bear as a weapon against Soviet oppression. From the gulags of the USSR to the cherry-blossom trees of Washington D.C., the story grips and won’t let go—and the poignant love story between two female spies caught in the middle is the cherry on top.

Buy for: Your mom, who cries every time she watches “Dr. Zhivago.” She’ll love the behind-the-scenes details of the story’s conception.

7. DAISY JONES AND THE SIX by Taylor Jenkins Reid.

Billy is the charismatic drug-reformed front-man of rising seventies rock band The Six. Daisy is the hard-partying wild-child pop-star shoved together with The Six to write an album. Sparks of all kinds fly when two people with every reason to despise each other realize they are, like it or not, creative soul-mates. This is no romance, but a gritty, fascinating examination of raw artistic talent—what it demands of the people who have it, how it torments the people who don’t have it, and how it can create a bond like no other between people who are each other’s best bad idea.

Buy for: Your teenaged nephew who lives for his garage band. He’ll dig the dishy, behind-the-scenes soap opera of rock n’ roll fame, and maybe absorb a few ideas about the darker side of that fame along the way.

A funny, moving, delightful romance between a fairy-tale prince and another fairy-tale prince. Ambitious, smart-mouthed Alex already has targets on his back—he’s the half-Mexican son of America’s first Madam President, for one thing—and he knows publicly acknowledging his own bisexuality is not going to help his mother’s re-election odds. But he’s falling hard and fast for Prince Henry, England’s second heir to the throne (a fictional, adorable Harry clone), and increasingly determined to win a happy ending with the man of his dreams as well as a second term for his mother. A romance to root for, packed with laugh-out-loud zingers, election-trail gossip, and pop-culture gags galore.

Buy for: Your politics-and-romance-loving bestie who toggles between Rachel Maddow and Julia Quinn in her reading material. A sweeping romance with political in-jokes is just the ticket she wants to vote for. Bonus: buy an extra copy for the gay-bashing jerk one cubicle down who you somehow drew for Secret Santa, just to see if his head explodes.

9. NO EXIT by Taylor Adams

Almost unbearably tense pacing and once of the toughest, scrappiest heroines it’s been my pleasure to read in a very long time. Broke college student Darby, driving long-distance from school to a family crisis, breaks down in a lonely mountain rest stop with an impending snowstorm, no wi-fi, no cell service, and four strangers…then realizes one of them is transporting a kidnapped child in their van. She decides she will get involved, and my God, what a ride.

Buy for: Your tough-guy uncle who loves Jack Reacher, Jack Bauer, Jack Ryan, and all the other terrorist-fighting tough-as-nails fictional crime-fighters. Expect a 3am text: “JFC, even Jack Bauer never got his hand slammed in a door hinge!”

10. THE STARLET AND THE SPY by Ji-Min Lee

A poignant, beautiful book set in the wreckage of Seoul after the Korean War. The war has been (technically) won, but victory means very little to broken survivors like Alice, who struggles to get by from day to day and tries not to think about what she has lost. Marilyn Monroe, sauntering into the book (and history) on a USO tour, may just provide an opportunity for fragile, damaged Alice to piece her soul back together—I read with my heart in my throat, yearning for it to happen.

Buy for: Your gym buddy who always comes to yoga in a Marilyn Monroe t-shirt. She’ll love this historical glimpse at one of MM’s less famous epochs of life.

A story of family, friendship, and survival on the prairie frontier. Two homesteader families are thrown together under possibly the most awkward circumstances possible: Cora is found in bed with Nettie Mae’s husband, shots are fired, and when the smoke clears Nettie Mae is a widow and Cora’s husband is in jail. To say these two women want nothing to do with each other would be the understatement of the century, but as they stare down the barrel of an impending Wyoming winter with no men to work their farms and no other neighbors within miles, they realize they must rely on each other if their children are to survive. Quiet, lyrical, lovely, a paean to steel-spined women and the harsh beauty of the big sky country.

Buy for: Your wild-child aunt who lives in hiking boots. She’ll identify with the heroine’s quiet, nature-worshipping daughter whose connection with the earth under her feet is profound without ever tipping into New Age sentimentality.

Get thee to a bookstore, and happy holidays!