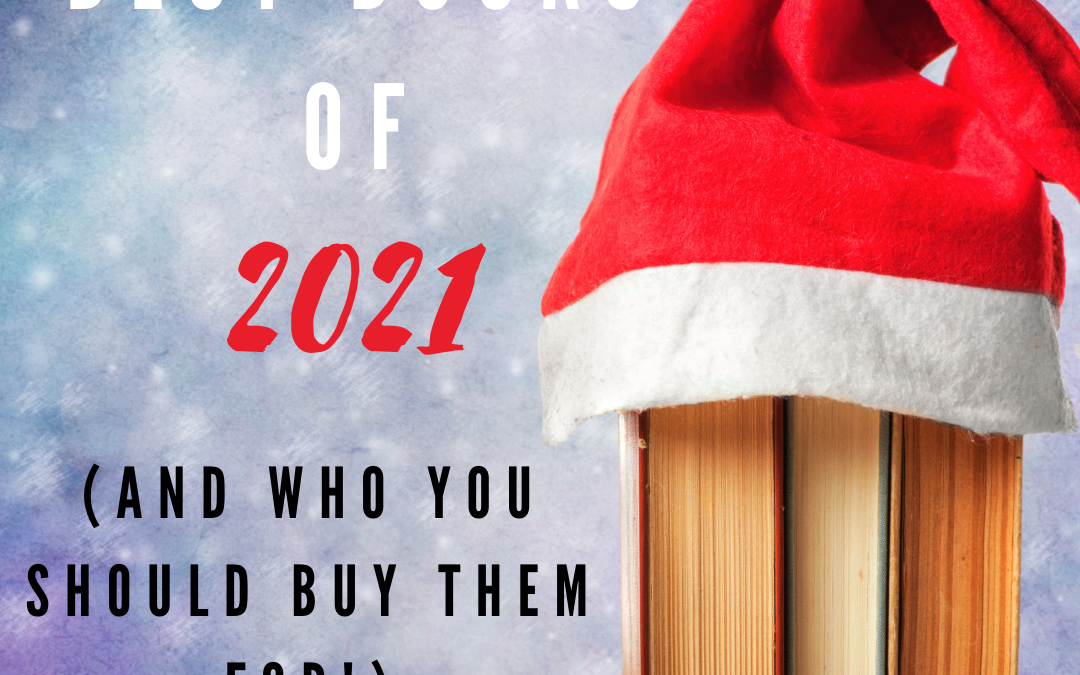 Whether you’re still socially distancing this holiday season or finally having that family get-together that was cancelled in 2020, you’ve got holiday shopping to do…and nothing fits better in a UPS envelope or a Christmas stocking than a nicely-wrapped book. Here are my recommendations for your next online shopping trip, twenty-one of the best books I read in 2021, though not all were published this year. Some of these were written by friends and colleagues, some by authors I only hope to meet someday when the world fully re-opens—but all were fabulous reads, and would make a great holiday gift for someone in your life. I’ve even given you some help figuring out who… 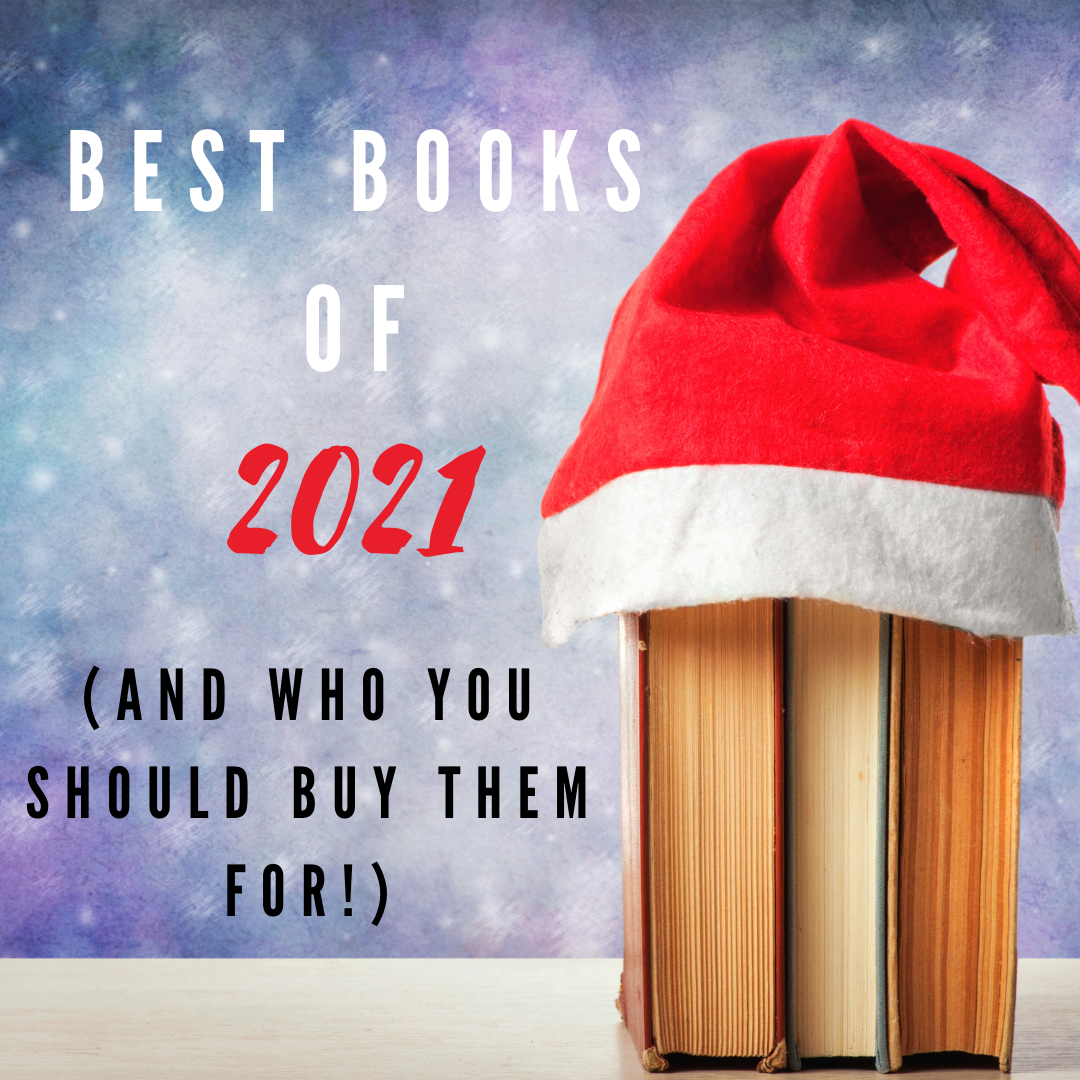 1. The Children’s Blizzard by Melanie Benjamin

A historic blizzard swoops down out of the blue over the plains, fatally testing the lives and decisions of two young sisters working as schoolteachers, with consequences that ripple through lives and families alike. Breathtakingly good; a story that soars like a prairie hawk.

Buy for: Your schoolteacher aunt, who will reflect that Zoom teaching may be hell, but at least she and her students aren’t freezing to death inside a haystack.

2. The Secret Keeper of Jaipur by Alka Joshi

The sequel to Joshi’s “The Henna Artist,” though it can be read on its own. Former street urchin Malik, now grown, charming, and courting the wary widow Nimmi, finds himself embroiled in a Pink City mystery as a luxurious cinema collapses on opening night. His investigation leads to old secrets buried deep…and hopefully a third novel in the Jaipur trilogy.

Buy for: Your mom, who lives for Reese’s Book Club picks and already devoured “The Henna Artist.” She’ll love seeing how Lakshmi’s little found family has grown and prospered.

3. The Betrayals by Bridget Collins

Buy for: That guy friend who went to boarding school and has endless stories about how weird it was. “As weird as this?” you can now ask.

A heart-ripper of a tale about a resourceful young enslaved woman robbed of her expected emancipation, who finds herself fighting for the freedom of herself and her children in the infamous Devil’s Half-Acre jail where she lives as the jailer’s unofficial “yellow wife.”

Buy for: Your high-school aged babysitter, who isn’t learning this history in school but should be.

Single mother Charlotte survived the Nazi occupation of Paris to make a postwar life for herself and her daughter as a book editor in New York City—but the past is never far behind, and uncomfortable secrets come knocking. A searing examination of survivor’s guilt and the uneasy moral compromises entailed in living through an occupation.

Buy for: Your editor, who will dig reading an editor heroine whose job is actually realistically written and not something out of “Younger.”

Alex Stern, high-school dropout and sole survivor of a horrific unsolved murder scene, gets a fresh start with a full ride to Yale. But her scholarship has a price, as she is tasked with monitoring Yale’s infamous secret societies—havens of the future rich-and-powerful which dabble in the occult, with sometimes-deadly results.

Buy for: That young man in your life (son, nephew, little brother) soon heading off to college. Inscribe with “These are the kind of college boys you DON’T want to be.”

7. The Last Rose of Shanghai by Weina Dai Randel

Jewish refugees flee Hitler’s Berlin for faraway Shanghai, struggling to survive in the uneasy co-existence of Chinese magnates and Japanese invaders, and love blooms between a sophisticated Chinese heiress and a Jewish pianist. Poignant, beautiful, unexpected, a fresh angle in a field crowded with war stories.

Buy for: Your histfic-loving cubicle mate who says World War II books are done to death. Guarantee she hasn’t read anything like this one.

8. The Happiest Girl In The World by Alena Dillon

A budding world-class gymnast sacrifices everything—meals, sleep, family time, friendships, her own health—for a chance at Olympic gold. But what if she never makes it? Was the sacrifice worth it? A gripping novel that asks the question “At what price glory?”

Buy for: Your ex-gymnast sister, who will nod at the descriptions of gym rips, four a.m. practices, and Achilles injuries.

An amnesiac astronaut wakes up alone on a spaceship orbiting a faraway star, facing an impossible mission to save humanity. A book that made me ugly-cry in the best possible way, and believe in the potential of kindness, courage, and friendship to save the day…and it has the best, most unlikely bromance of all time.

Buy for: Your sci-fi-loving dad who swears he never cries at books. He’ll cry at this one.

Pacific Rim meets Tang Dynasty China in a fantasy land defended by giant mecha machines piloted by young men and fueled by their disposable concubines—until Wu Zetian comes along. A badass heroine tottering on bound feet but snarling with rage, two complex bisexual heroes, and a love triangle where for once the girl thinks “Why do I have to choose? Why not both?”

Buy for: The whip-smart teenage girl in your life, be it granddaughter or niece or sister-in-law, who is SO OVER young-adult love triangles and SO INTO smashing the patriarchy.

11. Sisters In Arms by Kaia Alderson

A novel brimming with camaraderie and fire. Black army officers Grace, Eliza, and their sister soldiers battle enemies at home and abroad as they serve in the only all-Black female battalion deployed overseas in WWII, and it’s a fight to make you stand up and cheer.

Buy for: The ex-Army brother-in-law who loves military history. He already knows about the Tuskegee airmen, but he’ll savor this lesser-known bit of military history, and tell you stories of the tough women he’s served with who are just like Grace and Eliza.

12. The Women of Chateau Lafayette by Stephanie Dray

A powerhouse of a novel weaving three women, three wars, and three timelines around one castle in France. Adrienne, wife to the Marquis de Lafayette, champions her husband’s legacy of democracy at Chavaniac where future champion Beatrice will take up the torch in World War I, then pass it to document forger Marthe in World War II. Simply stunning.

Buy for: Your Hamil-Fan bestie, who eats up absolutely anything to do with America’s Favorite Fighting Frenchman.

13. Tokyo Ever After by Emiko Jean

An utterly darling princess fable with any number of fresh modern twists. Japanese-American teenager Izumi finds out her father is a Japanese prince, and heads to Tokyo for a whirlwind introduction to the Imperial court, Imperial etiquette, and a host of sometimes friendly, sometimes hostile Imperial relations.

Buy for: Your middle-grade daughter, who will swoon for the romance and the makeovers while absorbing the lovely arc of a girl searching for where she truly belongs.

14. Portrait of a Scotsman by Evie Dunmore

Evie Dunmore’s suffragette heroines are such a delight, and budding artist Hattie is no exception. Even as she falls in love, she grieves her loss of independence, refuses to be charmed when the hero is high-handed, and struggles to forge her own kind of marriage in a world that wants her simply to submit to her vows without questioning them.

Buy for: Your grandma, who lives for smart romances with independent heroines.

15. The Guncle by Steven Rowley

A TV actor with a stalled career finds himself parenting his young niece and nephew while their father gets clean in rehab. Gay Uncle Patrick, as he dubs himself, must channel his inner Auntie Mame to show two grieving children why life is a banquet—and remember how to live himself, in the bargain.

Buy for: The woman you drew in the office Secret Santa exchange—the one who cracks slightly homophobic jokes. Either she’ll be charmed by Patrick and finally learn something about acceptance, or she’ll be so offended she never speaks to you again. Either way, you win.

Meticulous research brings an obscure heroine to center-stage life. Passionate, steel-willed Dorothy Kirwan Thomas was a woman to be reckoned with, born into slavery in the Caribbean but rising to become a powerhouse entrepreneur, a legacy-building matriarch, a lover to both paupers and princes, and so much more.

Buy for: Your women’s-studies-major neighbor, who loves finding little-known badass women of history to geek out over.

A bisexual office temp with a biting tongue and a gift for numbers gets injured by a superhero on a rampage, and finds her calling in number-crunching for supervillains instead. Who else is going to hold the Supermans of the world accountable for all the collateral damage they leave in their wake?

Buy for: Your college grad niece who is binging WandaVision for the third time as she updates spreadsheets at her temp job.

18. The Heart Principle by Helen Hoang

A burned-out violinist struggles to find balance between her demanding art, her equally demanding family who expect her to wear herself out as parental caretaker, and an asinine fiance who only wants an open relationship until a gentle tattooed motorcyclist comes into her life with the most unexpected thing of all: acceptance.

Buy for: Your cousin who’s still worn to the bone after years of looking after her aging dad. She’ll identify deeply with the sensitive portrayal of caregiver burnout.

19. The Night Strangers by Chris Bohjalian

Chris Bohjalian’s “Hour of the Witch” took the world by storm (and it’s wonderful!) but this backlist title really made my hair stand on end: an airline pilot traumatized by a recent crash brings his family to a small rural town for a fresh start, and finds eerily friendly neighbors with herbal names and a consuming interest in his twin daughters.

Buy for: The guy in your book club who loves scary reads. He’ll sleep with a night-light all month.

“To Catch A Thief” meets “The Three Musketeers” in this dual-penned tale that pairs a diamond magnate’s daughter and a battered veteran investigator in a chase across the sun-drenched Riviera to catch an elusive jewel thief. Hitchcockian chases, sinuous romance, and gorgeous scenery abound in this escapist gem.

Buy for: The frazzled nurse in your social circle, who badly needs (and deserves) a trip to Cannes and a diamond necklace, even if only vicariously.

21. The Husbands by Chandler Baker

A gender-flipped “Stepford Wives” for the modern era, as a stressed-out career woman finds herself fed up with the work-life-family balance just as she also finds a community of power wives with eerily supportive husbands. Wickedly funny, full of biting observations about just how hard it is for women to Have It All.

Buy for: That high-powered career woman in your life, the one who juggles job and kids and makes it look easy. Guarantee she doesn’t find it so easy as all that, and she’ll nod all the way through reading this.